Alex S. Vitale is Associate Professor of Sociology at Brooklyn College of the City University of New York. He has also worked for the San Francisco Coalition on Homelessness and the New York Civil Liberties Union. He is the author of City of Disorder: How the Quality of Life Campaign Transformed New York Politics (NYU Press, 2008). 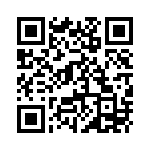