Joe Topliffe published his first book, City of Dust, in August 2017. He graduated from the University of York in 2012 and now lives in Hertfordshire, UK with his wife and their cat. Working full time as a digital marketing manager in London, Joe tries to make time on the weekends for planning and writing. He is a big fan of sci-fi and adventure novels and spends his commute to and from the city engrossed in a book. He is currently working on his second novel. His main influences sit across a range of genres, and include authors such as Clive Cussler, Matthew Reilly, Michael Crichton, Nathan Van Coops, Nick Jones, Lexi Revellian, Marcus Sakey, Becky Chambers and Wilbur Smith. 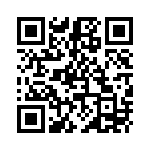