Though the literature documenting Civil War military leaders is extensive, a one-volume reference that provides comprehensive biographical and background information on the thousands of leaders and ... Vollständige Rezension lesen

Seite 16 - If, upon marches, guards, or in quarters, different corps of the Army happen to join or do duty together, the officer highest in rank of the line of the Army, Marine Corps, or militia, by commission, there on duty or in quarters, shall command the whole, and give orders for what is needful to the service, unless otherwise specially directed by the President, according to the nature of the case.
Wird in 121 Büchern von 1810 bis 2006 erwähnt

John H. Eicher is Professor of Chemistry Emeritus at Miami University of Ohio and a lifelong student of the Civil War. David J. Eicher is Managing Editor of Astronomy magazine and a well-known non-academic Civil War historian. He is the author of several books on the war, most recently Mystic Chords of Memory: Civil War Battlefields and Historic Sites Recaptured and The Civil War in Books: An Analytical Bibliography. 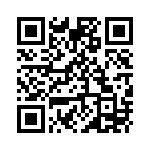