Sun Tzu was born around 544 B.C. He was a Chinese military general who helped the King Ho-lu capture the city of Ying, bringing about the fall of the Ch'u state in 506 B.C. Because of this, he became known throughout the country as a wise and respected leader. His collection of essays called The Art of War is the oldest military treatise in the world. The text became known through translations by Father J. J. M. Amiot, a French Jesuit priest. Sun Tzu is believed to have died in 496 B.C.

Niccolo Machiavelli was born on May 3, 1469 in Florence, Italy. He was a political philosopher, statesman, and court advisor. Starting out as a clerk, he quickly rose in the ranks because he understood balance of power issues involved in many of his diplomatic missions. His political pursuits quickly ended after he was imprisoned by the Medici family. He is best known for The Prince, his guide to power attainment and cutthroat leadership. He also wrote poetry and plays, including a comedy named Mandragola. He died on June 21, 1527 at the age of 58. 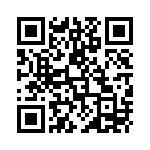