Charles W. Warterfield, Jr., is an architect specializing in the restoration and preservation of historical architecture. Co-author of Notable Nashville Architecture, 1930-1980 and several other works, he is a graduate of Vanderbilt and the Yale School of Architecture.

Susan Ford Wiltshire, Professor and former Chair of Classical Studies at Vanderbilt, earned her Ph.D. in Greek and Latin at Columbia University. Among her previous publications are Public and Private in Vergil's Aeneid; Greece, Rome, and the Bill of Rights; and Seasons of Grief and Grace: A Sister's Story of AIDS.

Wesley Paine, Director of the Parthenon in Nashville, has studied museum administration at the University of Oklahoma. She is a founding member of Theatre Parthenos, a non-profit theatre group that produces ancient Greek plays on the steps of the Parthenon. 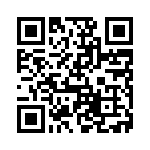