Josephine Balmer was born in Hampshire in 1959. She studied Classics and Ancient History at University College, London, and is a research scholar, journalist, critic and translator. She has published four books with Bloodaxe: her translation Sappho: Poems and Fragments (1992, 2018) and the companion anthology, Classical Women Poets (1996), and her new translation Catullus: Poems of Love and Hate, published in 2004 with Chasing Catullus: poems, translations & transgressions. Her other titles include Rearranging the World: an Anthology of Literature in Translation (British Centre for Literary Translation, 2001); Piecing Together the Fragments: Translating Classical Verse, Creating Contemporary Poetry (Oxford University Press, 2013); The Word for Sorrow, for which she was awarded a Wingate Foundation Scholarship (Salt Publishing, 2009 & 2013); Letting Go (Agenda Editions, 2017); and The Paths of Survival (Shearsman Books, 2017), which draws on Aeschylus's lost tragedy, Myrmidons.She has written widely on poetry and translation for publications such as The Observer, The Independent on Sunday, The Times, The Times Literary Supplement and The New Statesman, and has been reviews editor of Modern Poetry in Translation. Chair of the Translators' Association from 2002 to 2005, she is a judge of the Stephen Spender Prize for poetry in translation, and editorial advisor to the poetry journal Agenda. She was awarded a PhD by Publication in Literature and Creative Writing at the University of East Anglia. She sets the daily Word Watch and weekly Literary Quiz for The Times, and lives in Crowborough, East Sussex. 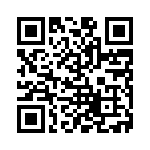