Scott Appelrouth (PhD, New York University, 2000) is Professor of Sociology at California State University, Northridge. His interests include sociological theory, cultural sociology, and social movements. He has taught classical and contemporary theory at both the graduate and undergraduate levels, and has published several articles in research- and teaching-oriented journals on social movements, theory, and the controversies over jazz during the 1920s and rap during the 1980s. His current research focuses on political discourse in American party platforms.

Laura Desfor Edles (PhD, University of California, Los Angeles, 1990) is Professor of Sociology at California State University, Northridge. She is the author of Symbol and Ritual in the New Spain: The Transition to Democracy after Franco (1998) and Cultural Sociology in Practice (2002), as well as various articles on culture, theory, race/ethnicity, and social movements. 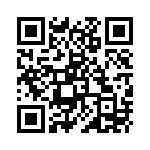