This book attempts to set the record straight regarding the life of Cleopatra, portraying her as a powerful, capable, smart, creative leader as opposed to the commonly-held perception of her as a ... Read full review

Read: alpha C, TIOLI, Woman in major city (Alexandria). ROOT, Shakespeare Read this for many reason but it has been on my shelf for a very long time. Nonfiction about Cleopatra. I learned “what I did ... Read full review

Stacy Schiff is the author of Véra (Mrs. Vladimir Nabokov), winner of the Pulitzer Prize; Saint-Exupéry, a Pulitzer Prize finalist; A Great Improvisation: Franklin, France, and the Birth of America, winner of the George Washington Book Prize and the Ambassador Book Award; Cleopatra: A Life, winner of the PEN/Jacqueline Bograd Weld Award for biography; and The Witches: Salem, 1692. 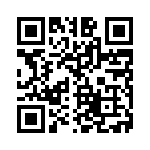