Douglas S. Massey is the Henry G. Bryant Professor of Sociology and Public Affairs at Princeton University and director of its Office of Population Research. Len Albright is assistant professor of sociology at Northeastern University. Rebecca Casciano is the CEO of Rebecca Casciano, LLC. Elizabeth Derickson is a doctoral candidate in sociology at Princeton University. David N. Kinsey is lecturer of public and international affairs at Princeton's Woodrow Wilson School and a partner in the planning consulting firm Kinsey & Hand. 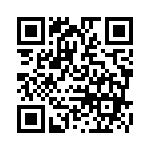