I thought this was an interesting look at horror through snippets of information about writers, artists, directors, actors, movies, television and more. Lots of trivia and reference material from people who make horror their business. Read full review

Critics of the horror story have frequently called Clive Barker the "British Stephen King". Born in Liverpool in 1952, Barker attended the University of Liverpool but moved to London in 1977, where he worked as a commercial artist and became involved with the avant-garde theatrical community. Primarily a playwright during this period, he also produced short fiction that he would eventually publish as part of his six-volume collection titled Books of Blood (1984-85). More than any other author of contemporary horror fiction, Barker has had a major impact on the direction of the genre. He has introduced strong elements of sex and graphic violence into his fiction, but these elements are employed with an artistic objective. Barker underscores his work with complex subtextual metaphors and artistic allusions. Preoccupied with the craft of writing and with its effect on the reader, Barker is an innovator of formula and genre, often parodying the former in order to change the philosophical contour of the latter. Barker has achieved commercial success not only with his short fiction but also with his novels, which tend to be epic in scope and to blend elements of horror with those of high fantasy. Barker is one of the more influential voices in horror cinema, having written and directed a number of films. His printed works include The Candle in the Cloud, Absolute Midnight, The Scarlet Gospels, and Black is the Devil's Rainbow: Tales of a Journeyman. His films include Dread, Tortured Souls: Animae Damanatae, and Hellraiser.

Stephen Jones is one of Britain's most acclaimed anthologists of dark fantasy and horror. He lives in London, England. 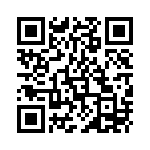