how to download this
i need this topic .... for my project plz help me asap....

John Vacca is an information technology consultant, professional writer, editor, reviewer and internationally-known, best-selling author based in Pomeroy, Ohio. Since 1982, he has authored 76 books and more than 600 articles in the areas of advanced storage, computer security, and aerospace technology. He is also a former configuration management specialist, computer specialist, and computer security official (CSO) for NASA's space station program, Freedom, and the International Space Station Program from 1988 until his retirement from NASA in 1995. In addition, he is also an independent online book reviewer. Finally, he was one of the security consultants for the MGM movie titled "AntiTrust," which was released in January 2001. A detailed copy of the author's bio can be viewed at http://www.johnvacca.com; email john2164@windstream.net. 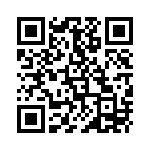