The fourth edition of Coaching Youth Basketball was written by the American Sport Education Program (ASEP) in conjunction with USA Basketball's Don Showalter.

Showalter has been the head boys' basketball coach and activities director at Mid-Prairie High School in Wellman, Iowa, since 1984. He has coached USA Basketball junior and youth development teams and coached the West squad in the 1999 McDonald's All-American game. Showalter has directed basketball camps all over the world, including Switzerland, Italy, Belgium, England, and Scotland. 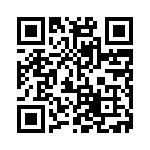