I wish I could say that the book shocked me, unfortunately, as a West Virginia resident, it did not. It pleases me that the plight of West Virginia's mountains, streams and people now gets a bit of ... Read full review

Michael Shnayerson is a contributing editor to Vanity Fair. His books include The Car That Could: GM’s Revolutionary Electric Vehicle and The Killers Within: The Deadly Rise of Drug-Resistant Bacteria with co-author Mark J. Plotkin. 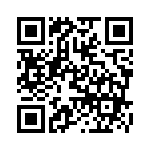