MICHAEL W. AUSTIN is an Associate Professor of Philosophy at Eastern Kentucky University, where he works primarily in ethics. He has published Conceptions of Parenthood: Ethics and the Family (2007), Running and Philosophy: A Marathon for the Mind (Wiley-Blackwell, 2007), and Football and Philosophy: Going Deep (2008). 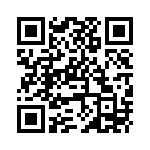