Bronwen Douglas is honorary professor at the Australian National University in Canberra where she was fellow and senior fellow from 1997-2012. She was previously lecturer and senior lecturer at La Trobe University (Melbourne, Australia) from 1971-1996.A historian of science focussing on Oceania, her main research field is the interplay of global ideas of human difference, race, and geography in European encounters with particular Oceanian people, places, and agency. Her conceptual interests include materiality and use of visual materials, maps, and objects as ethnohistorical texts.She is single author of Science, Voyages, and Encounters in Oceania 1511-1850 (Palgrave, 2014), Across the Great Divide: Journeys in History and Anthropology (Harwood, 1998), and more than 70 scholarly articles and book chapters. She co-edited (with Chris Ballard) Foreign Bodies: Oceania and the Science of Race 1750-1940 (ANU E Press, 2008) and (with Nicholas Thomas and Anna Cole) Tattoo: Bodies, Art and Exchange in the Pacific and the West (Reaktion, 2005). She edited or co-edited special issues of Oceania (74, 2003), Journal of Pacific History (47, 2012), Journal of Colonialism and Colonial History (18, 2017), and History and Anthropology (forthcoming). She is currently editor of the Journal of Pacific History and co-editor of Palgrave Studies in Pacific History.

Fanny Wonu Veys is curator Oceania at the National Museum of World Cultures, a Dutch umbrella organization comprising the Tropenmuseum, Amsterdam; Museum Volkenkunde, Leiden; the Afrika Museum, Berg en Dal; and the Wereldmuseum, Rotterdam. She has previously worked at the Museum of Archaeology and Anthropology in Cambridge (UK) (2004-2006, 2008-2009) and has held postdoctoral fellowships at the Metropolitan Museum of Art (New York) (2006-2007) and at the Musée du Quai Branly (Paris) (2007-2008).She curated the Mana Māori exhibition (2010-2011) in Leiden and published a book with the same title. She co-curated a barkcloth exhibition Tapa, Étoffes cosmiques d'Océanie in Cahors (France).Her fieldwork sites include New Zealand (since 2000), Tonga (since 2003) and more recently Arnhem Land, Australia (since 2014). Her topics of interest and expertise include Pacific art and material culture, museums and cultures of collecting, Pacific musical instruments, Pacific textiles, and the significance of historical objects in a contemporary setting. She has published numerous articles in journals and books. Her most recent single-authored book is Unwrapping Tongan Barkcloth: Encounters, Creativity and Female Agency (Bloomsbury, 2017).

Billie Lythberg has been senior research fellow at the University of Auckland Business School (NZ) since 2013, working at the junction of economics, anthropology, and history. Her research interests include Oceanic sciences, arts, and oral histories; cross-cultural theories of value, valuables, and valuation; sustainability and environmental management; and social innovation.She was previously a postdoctoral fellow at Cambridge University's Museum of Archaeology and Anthropology (MAA, UK) for the Artefacts of Encounter project (2010-2013). She is currently affiliated to Pacific Presences (MAA, UK) and Pacific Spaces (Auckland University of Technology, NZ) and an investigator on three Royal Society research projects at the University of Auckland: Te Ao Hou: Transforming Worlds in New Zealand 1900-1950, Ancient Futures: Late 18th- and Early 19th-century Tongan Arts and their Legacies, and Tāngata Tiriti: Learning the Trick of Standing Upright Here.She has published extensively in journals and books, co-edited special issues of the Journal of Material Culture (17, 2012) and the Journal of the Polynesian Society (forthcoming 2018), is on the editorial board of the Journal of Pacific History, and is Contributing Editor for Arts of Oceania to SmARThistory, the official partner to Khan Academy for art history. She co-edited (with Nicholas Thomas, Julie Adams, Maia Nuku, and Amiria Salmond) Artefacts of Encounter: Cook's Voyages, Colonial Collecting and Museum Histories (University of Otago Press, 2016). 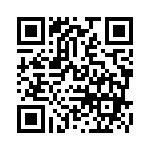