Melissa M. Wilcox is Visiting Johnston Professor of Religion at Whitman College. The author of several articles on various aspects of LGBT religiosity and on religious responses to violence, she is also co-editor of Sexuality and the World's Religions and is a member of the advisory committee for the Lesbian, Gay, Bisexual, and Transgender Religious Archives Network. 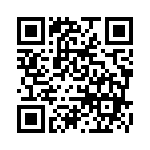