Victor E. Kappeler, a former police officer, is a Foundation Professor and Associate Dean of the School of Justice Studies at Eastern Kentucky University. He is recognized as a leading scholar in such fields as policing, media, and the social construction of crime, and police civil liability, among other related fields. Dr. Kappeler continues to provide in-service training for police officers and is well published in professional areas of policing. Among many other honors, Kappeler received the 2006 Cabinet for Justice and Public Safety Award for Academic Excellence and the 2005 Outstanding Criminal Justice Alumnus Award from Sam Houston State University, where he earned his doctoral degree, and the Lifetime Achievement Award from the American Society of Criminology’s Division on Critical Criminology. 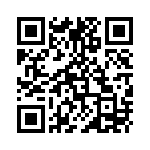