Wonderful how to do book!I have followed all the directions step by step and my countertop for my vanity came out great!Never thoght that a concrete countertop could be so beautiful and easy to make!!! Read full review

Everything you need to know

This is an awesome book. It gives you all you need to know to make concrete countertops. Read full review

Fu-Tung Cheng is the founder of Cheng Design and Cheng Design Products. From design to construction, Fu-Tung's custom home projects have earned him numerous awards. These full-scale design and architectural projects have given him complete creative license to experiement with his signature medium--concrete--as well as an outlet to further extend his artistic expression in other areas of the home, such as hardscape and landscape design. His work has become internationally known for its sophisticated, understated design and innovative use of concrete throughout the home.nbsp;

Eric Olsen is a journalist. He has published hundreds of magazine articles, a few short stories, and six nonfiction books. Olsen directed the International Institute of Modern Letters, a literary think-tank that helped writers who were victims of censorship, and created the first American City of Asylum, in Las Vegas. He was also the executive editor at Time Inc. Health, a Time Warner company. He is a graduate of the Iowa Writer's Workshop. He lives in Las Vegas. 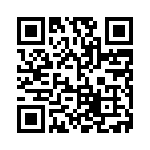