Not bad, but not great. Same opinion of the movie, too. I wish he had included more of his time as a TV show producer, maybe with more behind-the-scenes stories. I realize this should be read as a ... Read full review

Chuck Barris was born in Philadelphia, Pennsylvania on June 3, 1929. He graduated from Drexel University in 1953. During the payola scandals of the 1950s, he was hired to keep Dick Clark out of trouble. By 1959, he was ABC's director of West Coast daytime programming. He created several game shows including The Dating Game, The Newlywed Game, and The Gong Show, which he appeared as the host. He wrote the pop song Palisades Park which became a hit for Freddy Cannon in 1962. He gradually withdrew from the television world and became a writer. His books included You and Me, Babe; The Big Question; Who Killed Art Deco? and Della: A Memoir of My Daughter. Confessions of a Dangerous Mind was adapted into a movie starring Sam Rockwell in 2003. He died of natural causes on March 21, 2017 at the age of 87. 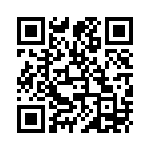