GEORGE v. RAUCH is an editor and correspondent for various magazines, including Avions, Jets, and Soldiers and Raids. Dr. Rauch has been an officer in the U.S. military. 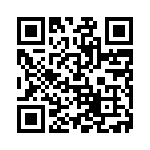