Page 15 - Take but degree away, untune that string, And, hark what discord follows! each thing meets In mere oppugnancy: the bounded waters Should lift their bosoms higher than the shores And make a sop of all this solid globe: Strength should be lord of imbecility, And the rude son should strike his father dead: Force should be right; or rather, right and wrong, Between whose endless jar justice resides, Should lose their names, and so should justice too.
Appears in 959 books from 1788-2008
Page 14 - In such condition there is no place for industry, because the fruit thereof is uncertain, and consequently no culture of the earth, no navigation nor use of the commodities that may be imported by sea, no commodious building, no instruments of moving and removing such things as require much force, no knowledge of the face of the earth; no account of time, no arts, no letters, no society, and, which is worst of all, continual fear and danger of violent death, and the life of man solitary, poor, nasty,...
Appears in 1328 books from 1651-2008
More
Page 7 - NATURE hath made men so equal in the faculties of body and mind as that, though there be found one man sometimes manifestly stronger in body or of quicker mind than another, yet when all is reckoned together the difference between man and man is not so considerable as that one man can thereupon claim to himself any benefit to which another may not pretend as well as he.
Appears in 457 books from 1651-2008
Page 18 - If men were angels, no government would be necessary. If angels were to govern men, neither external nor internal controls on government would be necessary. In framing a government which is to be administered by men over men, the great difficulty lies in this: you must first enable the government to control the governed; and in the next place oblige it to control itself.
Appears in 1148 books from 1798-2008
Less 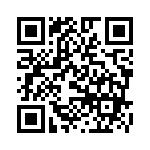