Wald's examination of outbreak narratives is a fascinating journey through discussions of contagious disease, history, media, pop culture, and scientific developments. Throughout the work, the ... Read full review

Priscilla Wald is Professor of English at Duke University. She is the author of Constituting Americans: Cultural Anxiety and Narrative Form and the editor of the journal American Literature, both also published by Duke University Press. 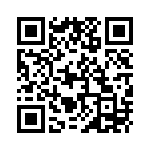