In this classic text, Thomas Merton offers valuable guidance for prayer. He brings together a wealth of meditative and mystical influences–from John of the Cross to Eastern desert monasticism–to ... Read full review

THOMAS MERTON (1915-1968), Trappist monk, author, and peace activist, came to international prominence at a young age with his classic autobiography, The Seven Story Mountain. Over the rest of his life he wrote prolifically on a vast range of topics, including prayer, interior growth, social responsibility, violence, and war. Toward the end of his life he played a significant role in introducing Eastern religions to the West. He is today regarded as a spiritual master, a brilliant religious writer, and a man who embodied the quest for God and human solidarity in the modern world.

THICH NHAT HANH is an internationally respected Zen poet and teacher. He is the author of numerous bestselling books, including Zen Keys and Living Buddha Living Christ. 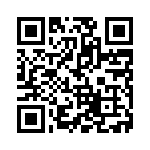