Chris Holmlund is Professor of Cinema Studies, Women's Studies and French at the University of Tennessee. She is the author of (Routledge, 2003) and co-editor of (Minnesota University Press, 1997). She is working on a book on action films.
Justin Wyatt is Executive Director, Research at the ABC Television Network. He holds a Ph.D. in Critical Studies from UCLA, and is the author of (University of Texas Press, 1994) and (Flicks Books, 1998). 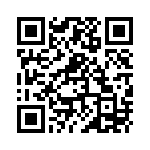