Sujata Patel is Professor, Department of Sociology, University of Hyderabad.

Tina Uys is Professor and Head, Department of Sociology, and Director, Centre for Sociological Research, University of Johannesburg. 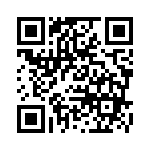