Chris Kostov is a historical research consultant for the Canadian federal government. He obtained his PhD in history from the University of Ottawa in 2009. He has specialized in modern Central and Eastern European history, the history of Canadian immigration and Native American Studies. He is the author of Terror and Fear: British and American Perceptions of the French-Indian Alliances during the Seven Years' War (2005). 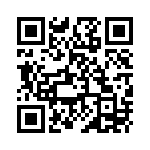