第 27 頁 - And the LORD God caused a deep sleep to fall upon Adam, and he slept; and he took one of his ribs, and closed up the flesh instead thereof; and the rib, which the LORD God had taken from man, made he a woman and brought her unto the man.
出現在 895 書籍中，時間範圍：1775-2008
第 34 頁 - A boy is in the parlour what the pit is in the playhouse; independent, irresponsible, looking out from his corner on such people and facts as pass by, he tries and sentences them on their merits, in the swift summary way of boys, as good, bad, interesting, silly, eloquent, troublesome.
出現在 142 書籍中，時間範圍：1808-2008
更多
第 43 頁 - Have you not heard of that madman who lit a lantern in the bright morning hours, ran to the market place, and cried incessantly, "I seek God! I seek God!
出現在 126 書籍中，時間範圍：1930-2007
第 35 頁 - ... nobody ; all conform to it ; so that one babe commonly makes four or five out of the adults who prattle and play to it. So God has armed youth and puberty and manhood no less with its own piquancy and charm, and made it enviable and gracious and its claims not to be put by, if it will stand by itself. Do not think the youth has no force, because he cannot speak to you and me. Hark ! in the next room his voice is sufficiently clear and emphatic. It seems he knows how to speak to his contemporaries.
出現在 171 書籍中，時間範圍：1808-2008
較少

Stanley Cavell was born Stanley Louis Goldstein in Atlanta, Georgia on September 1, 1926. He received a degree in music from the University of California, Berkeley and a Ph.D. in philosophy from Harvard University. From 1953 to 1956, he was a junior fellow in Harvard's Society of Fellows. He then taught for six years at the University of California, Berkeley. He returned to Harvard to teach in 1963, becoming professor emeritus in 1997. His first book, Must We Mean What We Say?, was published in 1969. His other books included The Claim of Reason: Wittgenstein, Skepticism, Morality, and Tragedy; Pursuits of Happiness: The Hollywood Comedy of Remarriage; and Themes Out of School: Effects and Causes. He died from heart failure on June 19, 2018 at the age of 91.

Stanley Cavell is the Walter M. Cabot Professor Emeritus of Aesthetics and General Theory of Value at Harvard University and the author of many books. These include Conditions Handsome and Unhandsome, In Quest of the Ordinary, and Themes out of School, all published by the University of Chicago Press. 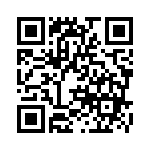