Youtube and grassroots ‘political’ parody
By Claudio Pires Franco
http://digitalcitizens.wordpress.com/2009/06/18/youtube-and-grassroots-political-parody/In his book Convergence Culture, Henry Jenkins defends that the Internet, and especially YouTube, have been used by ‘normal’ individuals to engage in debates around political issues.
This has most often been done in the form of parody, mostly of politicians, but also of civic/political issues. Jenkins thinks that humour plays an important role in engaging ‘normal’ citizens in civic/political debates.
Most people feel distant and alienated from formal politics with politicans adopting formal postures and rhetoric discourses that are far from grassroot level daily lives and conversations – maybe linked to social diffeentiation tactics described by Bourdieu?.
The Internet has allowed consumers and audiences to become producers, mixers and distributors. We use it mostly for fun / entertainment but are using some skills to touch issues in the political arena. And the way we’re doing it is especially through humour, what Jenkins terms ’serious fun’. See this ‘parody video’ posted on YouTube, the Snowman video, about climate change.
http://www.youtube.com/watch?v=8K8GVAAOzMk
Politicans and mass-media broadcasters have often dismissed examples like this as ‘not serious enough’ for politics, but these videos have been watched by millions of people, have raised debate, have triggered chain reactions and further thought and debate about the serious issues they cover.
The Internet is just a medium, but one that opens production and distribution to people with access to it. In ways closer to ‘popular culture’ than politics, it seems that the way political debates / pressure are happening are tending more towards taking popular views into consideration, but only when there are enough numbers of people watching a video or Twittering about CNN’s low coverage of the Iranian elections.
So, is the Internet the answer to political disengagement? Not on its own, but with a dose of fun and humour, maybe more young people who are not engaged in other ways may find it worth having a go at touching civic / political issues – and at least have a laugh while doing it.

Page 10 - Pool (1983b) foresaw that convergence of modes is blurring the lines between media, even between point-to-point communications, such as the post, telephone, and telegraph, and mass communications, such as the press, radio, and television. A single physical means — be it wires, cables or airwaves — may carry services that in the past were provided in separate ways. Conversely, a service that was provided in the past by any one medium — be it broadcasting, the press, or telephony — can now...
Appears in 9 books from 1995-2006
Page 11 - Freedom is fostered when the means of communication are dispersed, decentralized, and easily available, as are printing presses or microcomputers. Central control is more likely when the means of communication are concentrated, monopolized, and scarce, as are great networks.
Appears in 19 books from 1987-2006
More
Page 5 - The computer industry is converging with the television industry in the same sense that the automobile converged with the horse...
Appears in 9 books from 1995-2007
Less

Henry Jenkins is the Provost’s Professor of Communication, Journalism, Cinematic Arts and Education at the University of Southern California. He is the author or editor of 20 books including Textual Poachers: Television Fans and Participatory Culture, Convergence Culture: Where Old and New Media Collide, Spreadable Media: Creating Meaning and Value in a Networked Society, and By Any Media Necessary: The New Youth Activists. He blogs at henryjenkins.org and co-hosts the podcast How Do You Like It So Far? 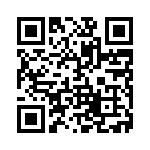