Stephen Miller is a freelance writer and a contributing editor to The Wilson Quarterly. His essays on leading eighteenth-century writers have appeared in many magazines, including the Times Literary Supplement, Partisan Review, and Sewanee Review. 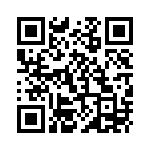