James Bawden, former TV columnist for the Toronto Star, is renowned for his distinguished profiles of movie stars and directors. He has written for Films in Review and numerous cinema magazines.

Ron Miller was TV editor of the San Jose Mercury News from 1977--1999 and a syndicated columnist for the Knight Ridder News Service. A former national president of the Television Critics Association and a recipient of the National Headliner Award, he is currently an instructor at the Academy for Lifelong Learning at Western Washington University. 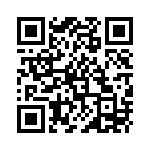