I couldn't have followed this story if my life depended on it. Something about a talented warrior who has mama manipulating him on one side and his cohorts betraying him on the other. Who knows? Who cares? Definitely the weakest of all the Bard's works I've read thus far. Read full review

I listened to this book on audio in preparation to see the performance. I wanted to familiarize myself with it since I didn't get into Shakespeare much in high school or after. If I had known that his plays were also gruesome and bloody, I would have been enjoying Shakespeare a long time ago. Read full review

William Shakespeare (1564-1616) was born to John Shakespeare and mother Mary Arden some time in late April 1564 in Stratford-upon-Avon. He wrote about 38 plays (the precise number is uncertain), a collection of sonnets and a variety of other poems.

Paul Prescott has acted and taught Shakespeare in Japan, America and the UK. His publications include articles on theatre history and forthcoming books on Richard III in performance, and Shakespeare and the Director (with Dennis Kennedy).

G R Hibbard taught at the Universities of Nottingham and Waterloo, Canada. Author of the standard biography of Thomas Nashe, he edited, among other plays, Love's Labour's Lost, Hamlet, and Coriolanus.

Stanley Wells is Emeritus Professor of the University of Birmingham and Chairman of the Shakespeare Birthplace Trust. 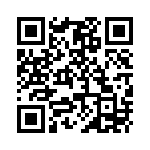