Somewhat helpful manual that can provide insight into specific counseling sessions. However, ALL Muslims are not alike! As with all human beings, each situation is unique and must be handled with this sensitivity in mind. Read full review

Sameera Ahmed, Ph.D. is the Director of the Family & Youth Institute (FYI), Canton, Michigan, as well as Clinical Assistant Professor of Psychiatry at Wayne State University, Detroit, Michigan. In addition, she is a fellow at the Institute for Social Policy and Understanding (ISPU), an associate editor for the Journal of Muslim Mental Health, and has a private clinical practice. Dr. Ahmed has a Ph.D. in Clinical Psychology from Fairleigh Dickinson University, New Jersey and a M.S. in Biology from Bowling Green State University, Ohio. Her areas of interest include: risk behaviors and protective factors of Muslim adolescents and emerging adults; skills based parenting and marital interventions to strengthen families; and promoting culturally and religiously meaningful psychotherapy. She has presented her research in sessions and workshops across U.S. and Canada in both academic and community settings and has published numerous journal articles. In addition to her scholarly efforts, Dr. Ahmed has been involved in the Muslim community at both the local and national levels over the past 20 years and is intimately familiar with the heterogeneity and issues impacting Muslims in North America.

Mona M. Amer, Ph.D. is an Assistant Professor of Psychology at the American University in Cairo, Egypt, where she was awarded the university's Excellence in Teaching Award. Dr. Amer has gained widespread recognition for developing cultural competence training curriculums for social service providers working with Muslims and Arabs, which she has presented in cities in the U.S. and U.K. For this work she was awarded the American Psychological Association's (APA) Award for Distinguished Graduate Student in Professional Psychology. She was the Editor-in-Chief of the Journal of Muslim Mental Health and has consulted to local, state, and federal agencies regarding Arab American and American Muslim mental health post 9/11. Dr. Amer completed a PhD in clinical psychology at the University of Toledo, Ohio and a postdoctoral fellowship specializing in racial/ethnic disparities in behavioral health at Yale University's Department of Psychiatry, New Haven, Connecticut. She was the sole recipient of APA's 2005-7 minority postdoctoral fellowship in mental health and substance abuse services. In addition to teaching and research, she works as a psychotherapist at a private practice. 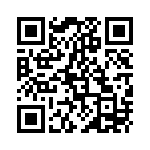