Bud Freeman is an internationally known jazz musician who lives in Chicago. He is considered by many to be among the best and most influential jazz tenor sax players. Robert Wolf is a freelance writer whose work has appeared in the Chicago Tribune, Down Beat and Illinois Entertainer. He lives in Nashville. 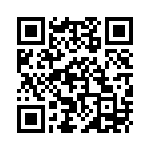