Bas van Heur (Dr.) is currently a postdoctoral researcher at the Faculty of Arts and Social Sciences of Maastricht University in the Netherlands. His research focuses on the creative/cultural industries, urban studies, and science and technology studies. 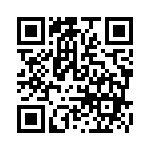