A delightful surprise. As I started reading, I thought it would be typical management-speak. But I found myself jotting down little notes, ideas, phrases on many pages. Even though the author says he ... Read full review

Ed Catmull is co-founder of Pixar Animation Studios and president of both Pixar and Walt Disney Animation Studios. He has been honored with five Academy Awards, including the Gordon E. Sawyer Award for lifetime achievement in the field of computer graphics. He earned a B.S. degrees in computer science and physics and a Ph.D. in computer science from the University of Utah. He lives in San Francisco. 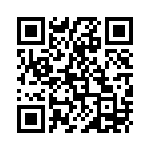