Carolyn Vellenga Berman teaches in the Department of Humanities at The New School, a university in New York City. 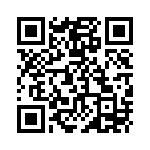