Joy Wiltenburg, Professor of History at Rowan University, is the author of Women in Early Modern Germany: An Anthology of Popular Texts and Disorderly Women and Female Power in the Street Literature of Early Modern England and Germany (Virginia). 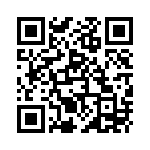