easy to understand and good introduction to CRT

For those who are interested in learning more about CRT this is a great book to read to get introduced to the theory. It is very easy to understand. At the end of each chapter there are questions that ... Read full review

Richard Delgado is the John J. Sparkman Chair of Law at the University of Alabama and has collaborated on four previous books, including The Latino Condition, 2nd edition (NYU Press, 2010), The Derrick Bell Reader (NYU Press, 2005), How Lawyers Lose Their Way: A Profession Fails Its Creative Minds, and Understanding Words That Wound.

Jean Stefancic is Professor and Clement Research Affiliate at the University of Alabama and is the author of many articles and books on civil rights, law reform, social change, including No Mercy: How Conservative Think Tanks and Foundations Changed America’s Social Agenda. 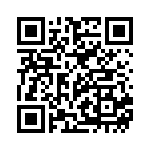