I am richer for reading this book

Author calls our nation to do battle but I believe this war is of a spiritual nature and Christians must take up spiritual arms as Paul directs (Eph. 6:13-17) and tactics left by Christ (Matt. 5-7 ... Read full review

Raymond Ibrahim is a Shillman Fellow at the David Horowitz Freedom Center and an Associate Fellow at the Middle East Forum. A twice-published author, Ibrahim is best known for The Al Qaeda Reader (Random House Broadway, 2007). He guest lectures at universities, including the National Defense Intelligence College; briefs governmental agencies, such as U.S. Strategic Command and the Defense Intelligence Agency; and has testified before Congress on the worsening plight of Egypt's Christian Copts and the failures of American discourse on the dangers of radical Islam. Ibrahim received his B.A. and M.A in History from California State University, Fresno, focusing on the ancient and medieval Near East. Ibrahim's dual-background—born and raised in the U.S. by Egyptian parents born and raised in the Middle East—has provided him with unique advantages, from equal fluency in English and Arabic, to an equal understanding of the Western and Middle Eastern mindsets. 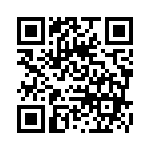