I am only giving this book four stars, not because the information or the citations within it are not reliable, and not because it does shed a lot of truth upon the Cultural Marxist movement that has been alive and well in the U.S. for some time now (the 50's communism scare wasn't just paranoia), it's just that the book is kind of a rough read, sort of like how when a new thought comes to your mind and it takes a while to work a way out to express the new revelations clearly...
...well that is how this book reads. It is sort of like Henry wrote this while he was first waking up, and trying to compile all of his research.
Again, not a bad read at all, maybe a little bit too dogmatic at times, but it's core intent rings true none the less.
Other suggestions might be to read:
Red Feminism
Fire in the Minds of Men
After the Ball: How America Will Conquer Its Fear and Hatred of Gays in the 90s
An Anthology of Western Marxism
or perhaps the words and concerns of American forefathers... as not recorded in our school history books, but are widely available from the Library of Congress amongst other sources.

Henry Makow (born November 12, 1949) is a Canadian conspiracy theorist, author, columnist, and inventor of the board game Scruples. Makow was born in Zürich, Switzerland. As an infant, he moved with his family to Canada, settling in Ottawa. At the age of 11, he began to write the syndicated advice-to-parents column "Ask Henry," which ran in 50 newspapers in the early 1960s[citation needed] and was published in book form in 1962.[1] He appeared as a guest on What's My Line? and stumped the panel. 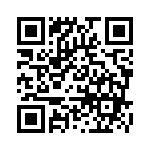