A fun guide to otaku culture in Japan. Like most travel guides, Cruising the Anime City, provides travelers with a variety of different unique destinations while providing little known tips/hints that ... Consulter l'avis complet

This book will totally blow away any anime lovers who find themselves in Japan. It is written in an entertaining fashion while still providing information that will enhance the Japanese anime experience. Consulter l'avis complet 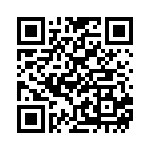