Jorge F. Pere-Lope is an international economist who has done extensive research and writing on the Cuban economy, in particular, national income accounts, energy, foreign trade and investment, the sugar industry, and the transition to a market economy. He is the author of The Economics of Cuban Sugar and the editor of Cuba at the Crossroads. 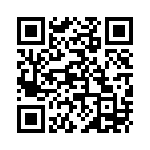