CULTURAL AMNESIA: Necessary Memories from History and the Arts

The humanities are everywhere, but humanism is at a premium. So observes British writer and television personality James (As of This Writing, 2003, etc.) in this collection, mixing amateurish delight ... Read full review

Cultural amnesia: necessary memories from history and the arts

Philip Hodgins Memorial Medal winner James, who has published numerous books of criticism, autobiography, and poetry, presents his life's work in this resource guide covering what the author has ... Read full review

Vivian Leopold James was born on Oct. 7, 1939, in Kogarah, a suburb of Sydney, Australia. His father was taken prisoner by the Japanese at the beginning of World War II and died when the American transport plane carrying him back to Australia crashed into Manila Bay.He changed his first name to Clive after Vivian Leigh became famous for starring in Gone With the Wind. After graduating from the University of Sydney and working briefly as an assistant editor on The Sydney Morning Herald, Mr. James set sail for London in 1962. The first volume of his autobiography, "Unreliable Memoirs", which was published in 1980 and rose to the top of the best-seller list in Britain, described his childhood in Australia. Its sequel, "Falling Towards England", covered, in often painful detail, his mostly unsuccessful attempts to gain traction in London, where he shared a flat with the future filmmaker Bruce Beresford. Pembroke College, Cambridge, came to the rescue, offering him a place. Mr. James did manage to earn a degree and even embarked on a doctoral dissertation. Eric Idle, the future Monty Python star, welcomed him into Footlights, the student theatrical troupe; he became its president. He pressed his poems on every journal available and parlayed his enthusiasm for Hollywood. A scrambling career in literary journalism followed, recounted in "North Face of Soho". His essays were first collected in "The Metropolitan Critic" (1974). Later collections included "At the Pillars of Hercules" (1977) and "From the Land of Shadows" (1982). His television criticism, issued in book form in "Visions Before Midnight" (1977), "The Crystal Bucket" (1981) and "Glued to the Box" (1983), was gathered in a single volume, "On Television," in 1991. Clive Leopold James passed away on Sunday 12/01/2019 in Cambridge, England at the age of 80. 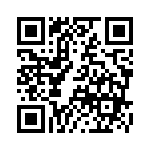