Christina Hoff Sommers is a Resident Scholar at the American Enterprise Institute who taught ethics at Clark University and the University of Massachusetts. Her recent books include a second edition of "The War Against Boys" (New York Times Notable Book of the Year) and "One Nation Under Therapy".

Fred Sommers is professor emeritus at Brandeis University. He continues to publish widely on logic, belief, and other philosophical topics. In 2005, MIT Press published a book of essays called "The New Old Logic", which honors Sommers' distinctive contributions to 20th century philosophy. 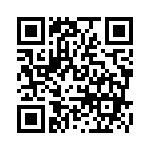