Katherine Dettwyler is an anthropologist who’s been working and conducting research in Mali for decades, focusing on childhood nutrition. Dancing Skeletons: Life and Death in West Africa is a ... Read full review 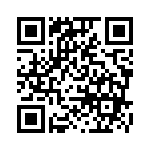