Steven R. Weisman is editorial director and public policy fellow at the Peterson Institute in Washington, DC; before that he was the chief international economics correspondent of the New York Times. He also served at the Times as a member of the editorial board, specializing in politics and economics (1995–2002) and as deputy foreign editor. He is the author of The Great Tax Wars: Lincoln to Wilson—The Fierce Battles over Money and Power That Transformed the Nation, which received the Sidney Hillman Award in 2003 for the book that most advances the cause of social justice. 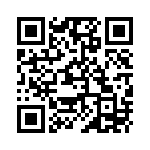