Stephen Frey is a best-selling author of novels set in the financial world. He received a BS and an MBA from the University of Virginia. Frey started out his career working in mergers and acquisitions at JP Morgan and served as a vice president of corporate finance at an international bank headquartered in Manhattan. Frey's first books were all standalone stories. It was with the publication of The Chairman in which he introduced the character Christian Gillette that Stephen Frey began writing a series with the same character. He published four books about Gillette and his ties to the private equity firm of Everest Capital. His novels include The Takeover, The Inner Sanctum, Absolute Proof, The Day Trader, The Fourth Order, Forced Out, Hell's Gate, and Heaven's Fury. 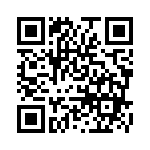