Halpern (Jewish studies, Pennsylvania State Univ.) has given us a scholarly, fascinating, and controversial study of the figure of David in the Hebrew Scriptures. He does not doubt the actual ... Ler resenha completa

Baruch Halpern is Covenant Foundation Professor of Jewish Studies at the University of Georgia and former codirector of the Megiddo Expedition. His other books include The Constitution of the Monarchy in Israel, The Emergence of Israel in Canaan, The First Historians: The Hebrew Bible and History, and Law and Ideology in Monarchic Israel. 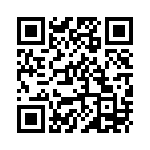