James Taylor is a former curator of paintings at the National Maritime Museum, Greenwich. His most recent books include Your Country Needs You: The Secret History of the Propaganda Poster Marine Painting and Careless Talk Costs. 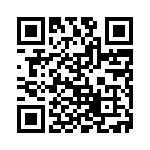