C.J. SKUSE was born in Weston-super-Mare. She has two First Class degrees in Creative Writing and Writing for Young People, and aside from being a novelist works as a Senior Lecturer at Bath Spa University. She previously wrote YA novels before turning her hand to crime, and is the author of THE ALIBI GIRL, SWEETPEA and IN BLOOM. 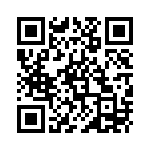